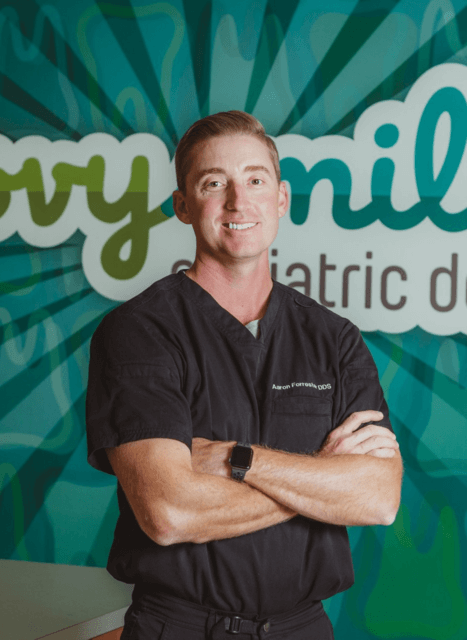 Dr. Aaron K Forrester, D.D.S., is a Board Certified Pediatric Dentist in Conway, AR. After graduating from the University of Central Arkansas in 2001 and the LSU School of Dentistry in 2009, he went on to complete his studies at the University of Texas Health Science Center in San Antonio in 2014. Dr. Forrester’s first practice, Groovy Smiles Pediatric Dentistry, opened in August 2014.

He has completed five years as a general dentist and a two-year pediatric dental residency. His commitment to excellence means he stays up to date with skills and technology through continuing education classes and certifications. His top achievements include:

When he’s not making groovy smiles, Dr. Forrester loves spending time with his wife, Sheila, and their children, Brady and Perry. In addition to family time, he enjoys working on his physical fitness, golfing, fishing, car detailing, and deer hunting.

Get In Touch With Us Today

Accessibility by WAH
Call Us Text Us